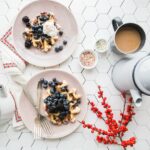 40 Fun Things to Do in January — List of Winter Activities! 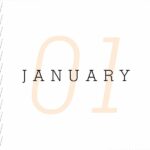 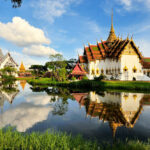 What’s the best time to go to Thailand? 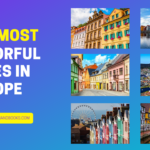 The Most Colorful Cities in Europe: What You Need To Know Before Planning Your Next Trip 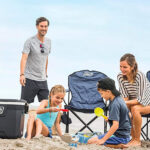 Finding the Best Beach Chair for Your Backpack

What’s the best time to go to Thailand?

While most people tend to travel to Thailand from December to March, when the weather is at its driest and also coolest, the best time to go to Thailand really depends on where you are going, why you want to go, and what you are hoping to see.

It doesn’t matter what type of tourist you are, Thailand has something for you! Known for its bustling markets, zesty street food, and palm-lined beaches, the Land of Smiles is a great place to visit all year round. Let’s take a look at some facts!

The best time to go to Thailand is December to March, though just like any exotic location, a sudden burst of rain is unavoidable even on the sunniest of days.

I love January – it’s a great month to recharge after the holidays and NYE. In February, you’ll find it’s driest, sunniest, and still bearable; in March, it’s bright and dry too.

Best Time for Taking In The Sights: November to February

Thailand’s best time to visit for hiking and spectacular dawns is November to February, when it’s cooler up north. You can wake up to fresh air with temperatures reaching 20-25 degrees Celsius during the day.

It’s a great time to experience the countryside with its beautiful environment-friendly hills, rice fields, and winter blossoms.

The best time to visit Chiang Mai is from November to February since the weather is perfect for all sorts of outdoor activities. Though it doesn’t get too cold, bring a coat and some light woolens.

January is usually the best month to visit and a lot of people go on vacation in January. You’ll see Loi Krathong in November and the Chiang Mai flower festival in February if you go in November.

While it won’t make a big distinction, late November, as well as early December, is a great time to see Bangkok, when the city is drying out from the monsoon season as well as experiencing a slight cool off, but there aren’t as many tourists around yet.

From December to March, Thailand’s beaches and islands have the best weather. In other words, if you’re considering combining Bangkok with a trip through the southerly islands, now would be the best time for bright, dry weather.

The main tourist season in Phuket starts in November, but most people don’t get there until December. It’s the driest and sunniest time of year. You can anticipate calmer seas and blue skies, but crowded beaches as well as higher prices.

The high season is in January, so you’ll get the best rates for accommodations, plane tickets, and shopping, along with some of the best weather. The month of February is the driest of the year, and also the last month before the rains come back.

The end of the dry period and the start of the hot season is in March when temperatures usually reach a high of 34 degrees Celsius and sunny days are still the norm. There could be a lot of heat, especially during the second half of the month. So, an air-conditioned room is a good idea.

Rainfall in March is still low, with 40 millimeters over eight days. When it does come, it’s usually in short bursts. The month of April is one of Phuket’s hottest, and also the days can get very hot and muggy.

Best Time for Koh Samui Shore: late December to May

The high season for Koh Samui is between December and May. Koh Samui is relatively dry when the rest of Thailand is in the middle of a monsoon. January through March is the best time to go to Koh Samui if you’re on a budget.

Samui’s hot season starts in April with temperatures around 30 degrees Celsius. There’s a rise in rainfall and the weather is following a pattern of hot days followed by cool midday rain.

This is the hottest month of the year in Koh Samui, and it’s quieter than July and August, when families come for summer vacations.

Phuket Island, in the southwestern part of Thailand, is one of the best places to surf. Whether you’re a beginner or an experienced surfer, you’ll find waves here for you. There are some great surfing beaches on the west side of the island. Nai Harn Beach, Kata Yai Beach, Kalim Bach, Nai Yang Coral Reef, and Pakarang Point are some of them.

The weather is a little more difficult in Phuket from April to October, as the seas whip up and red warning flags line the coastlines- great for surfers, especially on the west shore, but not so much fun for people looking to relax.

Additionally, there’s no guarantee of sunshine throughout this time period, and it’s not uncommon for it to rain for weeks at a time in late summer and early fall.

Thailand’s Koh Pha Ngan and Koh Samui islands are best visited between March and April for great diving and snorkeling along the eastern shore. You can also see whale sharks in the 26 degrees Celsius warm waters!

Throughout the year, the water temperature along Thailand’s southwest coast is high, and along the Krabi coast it’s 29°C on average. Thailand’s west coast is best explored between December and January if you’re a diver. Discover colourful coral reefs and incredible fish species off Koh Phi Phi and Koh Lanta.

Keep in mind that Thailand is best in peak season too. Prices go up when there’s more demand. If you’re on a tight budget, you might want to consider other months instead of going during peak season. Rainy season is a great alternative to high season. I hope you have a great trip!

No comments to show.
Categories
Powered by WordPress | WP Magazine by WP Mag Plus